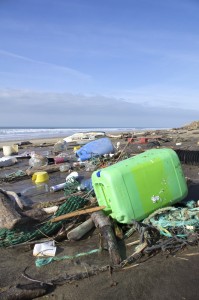 Every year, 300 million tons of plastic are produced worldwide, because plastic is cheap, light, unbreakable and durable. For the most part plastic is made from non-renewable petroleum or natural gas. More than 600 billion plastic bags, which are produced annually all around the world, use up 2 billion litres of crude oil alone! But above all, plastic is toxic. Approximately 6 million tons of plastic ends up in the seas each year, and have especially grave consequences. This plastic waste slowly breaks down into smaller and smaller particles. Plastic bags take 20 years to degrade, plastic bottles 450 years and fishing nets almost an inconceivable 600 years!

There is now six times as much plastic than plankton in the oceans. Where gigantic floating garbage dumps have collected in sea vortexes, the ratio of plastic to plankton is 40:1. During the processes of disintegration, the toxic substances contained in plastic are consumed by marine creatures.

Practical tips for reducing your use of plastic:

The accumulation of toxins grows in the food chain with the increasing size of the fish ending up on our dinner plates, eventually. For this reason, reduce disposables, use reusable bags made of cloth or paper and use glass instead of plastic containers. You can find further recommendations in our brochure Plastic—It is Time to Clean Up.

A Congress that presents practical solutions of how we daily can make a difference to restore, in union with nature, the balance on this wonderful planet… END_OF_DOCUMENT_TOKEN_TO_BE_REPLACED 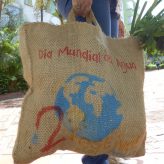 A 2015 study by the Central Pollution Control Board (CPCB) surveyed 60 cities of India and estimated that in 2011-12 India generated approx. 26.000 tons of plastic waste daily. This is why India, the second most populous country in the world, will ban single-use plastic from 2 October, 2019. Single-use plastics (SUPs) are those that […] END_OF_DOCUMENT_TOKEN_TO_BE_REPLACED 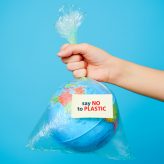 Plastic waste is now so ubiquitous that not only are our oceans filled with it, but plastic particles have now been detected in the air high up on the Rocky Mountains of the United States, falling with the rain. How did it get there? Plastic micro-particles are so small they can be carried in water […] END_OF_DOCUMENT_TOKEN_TO_BE_REPLACED 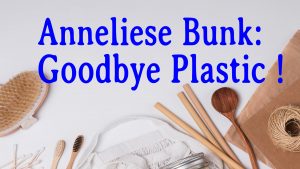 Film
Goodbye Plastic! – A Life Without Plastic Is Possible

No other place in Europe produces more plastic than Germany. But it is not so difficult to escape the packaging madness. Find out how plastic affects the environment and our health and what you can do to stop the flood of plastic. Because “nobody has to buy plastic, you just have to know the alternatives – and that is not as complicated as many think.”

Brochure
Plastic—It is Time to Clean Up

8.3 billion tons—that is how much plastic has been produced worldwide since 1950, half of it in the last 13 years alone. But of all this plastic, only about 30 % is still in use, while the rest has been disposed of. For although 99 % of plastics are produced from the valuable and non-renewable resources of oil, natural gas and coal, plastic has become a cheap disposable product. 95 % of plastic packaging is used only once, after only one month half of the plastic has become waste. Of the approximately 6.3 billion tons of plastic discarded so far, only 9 % has been recycled (mostly downcycling to lower quality products), and 12 % has been incinerated, but 79 % has ended up in landfills or in the environment.