Today, the oceans are highly jeopardised because of mankind’s negative impact adversely affecting the entire marine ecosystem. One third of the Earth’s fish stock is overfished, 61% has been harvested to the limit. 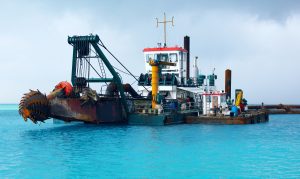 As more and more carbon dioxide (caused by human emissions) is absorbed into the oceans, the pH-level of the sea water is lowered. This leads to the acidification of the seas with fatal consequences for corals, fishes and other marine creatures. A new threat arises from deep-sea mining which shall be pursued on a grand scale from 2016 in order to access the reserves of raw materials in the ocean bed, too. Tanker accidents, plastic and other waste products of civilisation, industrial waste and other kinds of pollution all play their part in bringing the marine ecosystem to the brink of destruction. For the oceans to be able to regenerate, it is imperative to establish marine reserves internationally.

Already in 2008 the positive effects of marine reserves were shown by research from Australian marine biologists. They proved that in protected areas with a fishing ban around the Great Barrier Reef the populations of different fish species grew about 31 to 75 percent within only two years. 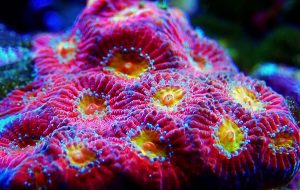 We are convinced that about one third of the oceans worldwide must be protected for at least 10 years and under strong international supervision in order that fauna and flora can regenerate and that the natural equilibrium of the whole marine ecosystem can be restored. During these first ten years any kind of commercial activity within the marine reserves should be totally prohibited. Additionally, an international control system should be created under the protection of the UN with severe sanctions in the case of a violation of the decreed laws.

On the basis of the highest level of protection in open sea marine reserves, specific activities could be admitted in certain zones along the coast such as the rights of passage, swimming or guided visits for educational purposes. It makes sense to involve the local community for such projects, because their support is indispensable for the successful establishment of marine reserves. 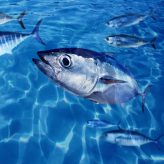 For more than 3 billion people, fish is the primary and often irreplaceable source of protein; 800 million people live directly or indirectly from fishing. To feed that many people, it takes a lot of fish: worldwide, more than 90 million metric tons are caught each year, covering nearly seven percent of global protein consumption. However, […] END_OF_DOCUMENT_TOKEN_TO_BE_REPLACED

The seas and oceans connect all life on this planet. Therefore, let’s make a joint effort, so that future generations may also feed on the bounty of the sea and enjoy its beauty!