Nowadays, industrial agriculture orientates itself on productivity and profits, all too often forgetting its own roots in the process. But agriculture does not end at the border of your own allotment. Agriculture has an immense influence on the health of the soil and thus of a country and its inhabitants. Natural agriculture includes the microorganisms in the soil, the animals, and also the food that is produced, and it concerns farmers and consumers alike. It is only when agriculture takes Nature and its creatures into consideration, and not just the economics, will it be able to serve its valuable purpose.

If possible, shop directly at the farms in your neighbourhood. They need your support and encouragement. 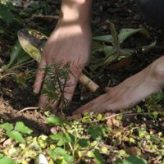 Even though this year, in many places, it was not possible to carry out major activities for International Arbor Day, many people around the world found a way to give their attention to the trees on this important and special day, and perhaps even planted a tree that will provide oxygen to many living beings […] END_OF_DOCUMENT_TOKEN_TO_BE_REPLACED 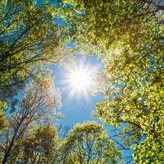 April 24th, 2020, just two days after Earth Day, is the International Arbor Day. Trees provide us with shade on a hot summer’s day, but they give us much more: oxygen in exchange for our “waste product”, the CO2 that we exhale; flowers that feed the insects; fruit to snack on; roots that hold the […] END_OF_DOCUMENT_TOKEN_TO_BE_REPLACED 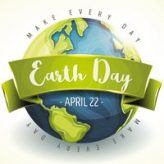 On April 22nd, 2020, the Earth—our blue planet—will be honoured with Earth Day in over 175 countries, this year, exactly for the 50th time! What would man be without the Earth? Where would our house stand, what would we breathe, drink and eat? We are a part of the Earth, our body is a part […] END_OF_DOCUMENT_TOKEN_TO_BE_REPLACED 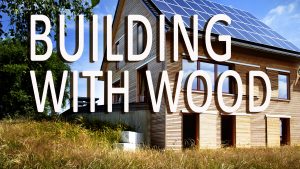 From the promise to build houses that make us healthy, a model has emerged in the last 25 years which changes the construction industry with explosive power. The lecture shows possibilities that open up to us when we build using the gifts of nature and dispense with chemicals. Real wooden houses do not consume energy and are the healthiest for us and the environment. We can look ahead with joy because there is no future but only the potential of the present. 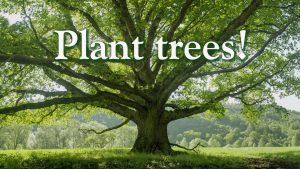 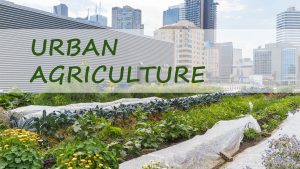 Urban Agriculture is giving us the answers to nourish ourselves with healthy, organic, GMO and GE free produce, free of pesticides and other agro-toxins otherwise contained without exception in our foods bought at the supermarkets and even the grocer. The individual citizen, who decides to have his own little allotment wherever he lives, not only develops a more direct relationship with Nature and begins to appreciate Nature in a new way, but he can grow up to 20 Kg of produce yearly on a patch as small as one square metre. Additionally, urban farming is far more economic, opposed to big agro production. Without a doubt, Urban Agriculture is a way of life to be seriously considered and highly recommended for a healthier life. 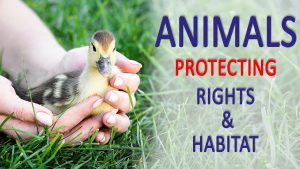 Film
Animals—Their Rights to Live and Our Responsibility for Them

Birds, butterflies, crawling creatures and all the other animals are just as much a part of creation as we are. When we have learned that by harming any living being, we are doing the same to ourselves, then we will certainly not kill or cause any creature, brought forth by The Creator, to suffer any pain. We have a responsibility for all living creatures and all life in nature. This empowers us to love, to protect and to nurture, but not to abuse them for scientific experiments. 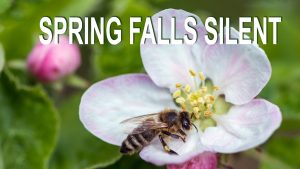 Insects and their close relations represent more than 60% of the biological diversity of species on our planet. Accordingly, they fulfill important tasks in our ecosystems such as being pollinators of flowers and building the soil. Birds also are indispensable links in nature, and they are directly dependent on insects in the food chain. But the familiar humming of insects and singing of birds in Spring is diminishing each year and is in danger of falling silent. 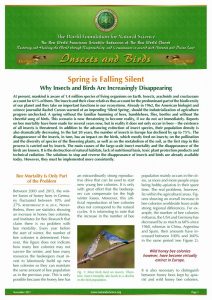 At present, mankind is aware of 1.4 million species of living organisms on Earth. Insects, arachnids and crustaceans account for 61% of them. The insects and their close relatives thus account for the predominant part of the biodiversity of our planet and they take on important functions in our ecosystems. Already in 1962, the American biologist and science journalist Rachel Carson warned of an impending ‘Silent Spring‘, should the industrialization of agriculture progress unchecked. A spring without the familiar humming of bees, bumblebees, flies, beetles and without the cheerful song of birds. This scenario is now threatening to become reality, if we do not act immediately. 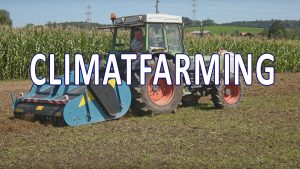 Today’s industrialised agriculture creates sheer “agricultural deserts” through the wrong maxim of “Ever bigger, ever faster, ever cheaper”. But healthy soils and the pure drinking water filtered through them form the basis of all life. Only the small, flexible, local, rural agriculture possesses the corresponding sustainable solutions in order to help the soils recover. For example, climate farming with biochar: It increases the humus content and thus the fertility of the soil and in this way positively influences the soils, water, climate and foods – in short, the entire ecosystem. 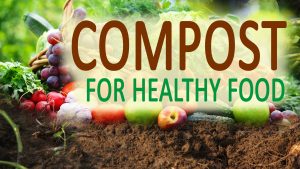 Compost that is richly permeated with living micro-organisms, becomes the source of life for vegetables, fruits, cereals and crops. It makes them resistant, prevents the absorption of radioactive radiation in root vegetables, and increases harvest yields.
In this presentation, the correct procedure of composting is explained step by step. Those who cannot make compost themselves, still have the possibility to achieve good results with compost extracts. Learn how you can use simple tools to check the food quality by yourselves. 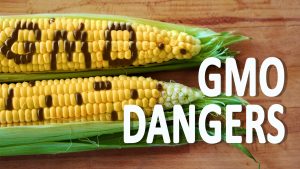 Film
GMO Dangers: Genetic Engineering—Hidden Killer of our Health and of our Entire Quality of Life

Already 90% of all baby food and 80% of all processed food is genetically modified. Genetically modified substances can be found in corn and soya seeds, and just as frequently in animal food for dogs, cats, birds, cows and fish, as well as in our own food. The effects of genetically modified organisms have a disastrous potential – ranging from allergies to cancers and even death, causing tremendous damage. They unhinge the entire food chain. We show you what to pay attention to in order to have only natural, organic food on your plate.

Around the world the soil is in a disastrous condition, caused by industrialization and senseless use of pesticides. Predominantly profit-oriented and short-sighted thinking puts the soil Earth, the most significant foundation for our lives, not only at risk, but to a great extent it has already been lost. You are going to learn of solutions as to how each of us individually and we as a society in general can contribute to the soil’s ability to regenerate and also to produce “real food for life”. 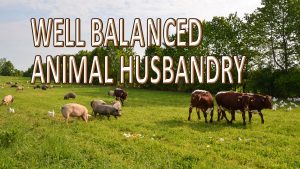 Film
How does animal husbandry that recognises and promotes the welfare of animals, nature, and people look like?

Livestock farming has changed considerably in the last 40/50 years. The agricultural prices are determined by the stock markets, and so agriculture is increasingly sliding into an industrial mindset and conduct. As a result, it is losing its connection to the environment and to its own self. How can a farm with 1 million laying hens still be organic? 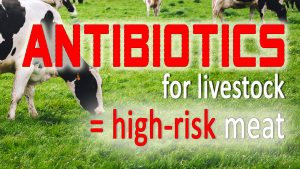 Film
Feeding Antibiotics to Livestock and the Resulting Fatal Consequences

Twenty-five thousand people in the EU alone die of infections caused by antibiotic-resistant germs each year. The incorrect application of synthetic antibiotics in agriculture has a part in this. These pharmaceuticals enter the groundwater through the animals’ natural excrements and finally land on our plate and in our daily food. This means that antibiotics no longer work for men and animals. 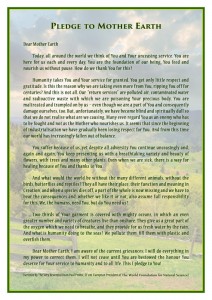 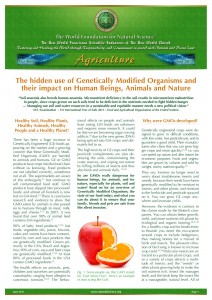 Fact sheet
The hidden use of Genetically Modified Organisms and their impact on Human Beings, Animals and Nature

Are GMOs really dangerous for human beings, for animals, and for nature, especially for plants, soil and water? Read our Fact Sheet for an overview of Genetically Modified Organisms; the state of our food today; and what you can do about it to ensure that your family, friends and pets are safe from this silent invasion. 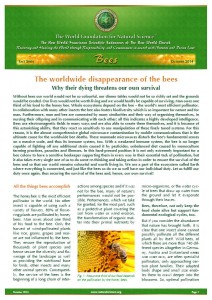 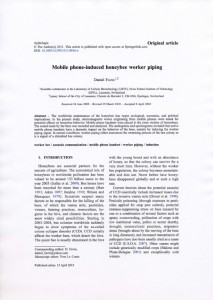 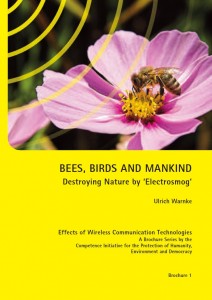