The fifth generation wireless standard (5G) is on everyone’s lips: enormous bandwidths, high speed Internet access, the networking of tens of billions of devices worldwide – these are just a few of the buzzwords in the media. Yet there is no comment about the negative effects on humans and nature. It is often mentioned that the population is safeguarded thanks to the current “strict” threshold values. But, as countless studies prove, it is kept secret that wireless radiation can seriously damage health and lead to headaches, lack of energy, tinnitus and even cancer. Even the World Health Organization (WHO) has classified mobile radiation as category 2B “potentially carcinogenic”.

5G does not replace the older wireless technology but complements it. The higher frequencies mean that obstacles can no longer easily be penetrated by radiation, which results in an enormous increase in the number of antennae. While you can switch off your own smartphone at any time, this is not possible with antennae: they radiate 24 hours a day, 365 days a year. So the radiation exposure increases massively!

There are good reasons why governments are hardly advocating more restrictive limit values: 5G is a trailblazer for the Internet of Things (where 100 billion end devices worldwide, from refrigerators to cars, will be networked) and thus also a way of monitoring people around the clock. Last but not least, 5G also brings a monetary blessing: Thanks to the auctioning of new frequency bands to interested telecommunications companies, millions or even billions of dollars are flowing into government coffers.

There is also a great deal of silence about who wants 5G at all: Is it really the general public? Or is it a problem looking to create a new need which will bring the industry billions in profits for decades to come? 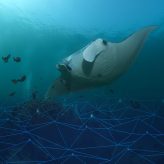 In recent decades, humanity has expanded mobile radiation on land at a record pace. The technically generated microwave radiation strains our bodies and weakens the immune system by interfering with important processes at the cellular level and disrupting them. Plants and animals are unprotected and also exposed to this harmful radiation. But that’s not all: […] END_OF_DOCUMENT_TOKEN_TO_BE_REPLACED 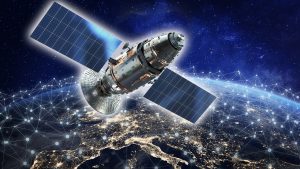 Film
5G Satellites: The World in a Radiation Cage

In this third presentation from our series "How artificial electromagnetic radiation harms life", the focus is 5G Satellites: The World in a Radiation Cage.

In this second presentation from our series "How artificial electromagnetic radiation harms life", the focus is on the fact that all life is electrical. 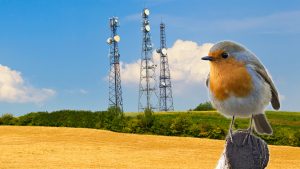 Film
Animals And Plants Under Stress From Radiation

In this presentation from our video series "How artificial electromagnetic radiation harms life", the focus is on plants, and animals from mammals to birds and insects. The video uses a variety of research results to explain how continuous radiation affects animals and plants. It also shows why the new wireless standard 5G in particular will significantly increase exposure.

The wireless telephone at work, the smartphone in your pocket, WLAN and smart meter at home—and now the new 5G mobile communications standard all mean that exposure to electromagnetic radiation is constantly increasing. But how harmful is the radiation really? Do the international limits offer sufficient protection? Who wants 5G? And what is new about it? Franz Ulrich explains the downside of mobile phone communication without scaremongering and points out concrete options for action in everyday life.

How does our body deal with mobile phone radiation? Is it possible to easily recognise the effect of technical radiation on natural systems? Does radiation change water, the element on which all life is based? How do animals and plants react?Denise Ulrich pursued this question with experiments in her own laboratory. Her findings provide clear answers and show that the solution is simple.

The latest fifth generation wireless standard—known as 5G—is to be introduced nationwide and throughout the world in the coming years. Compared to today, there would be an almost unbelievable increase in the possible data volume by a factor of 100! Nobody knows what these innovations mean for the health of humans, animals and nature—experience is simply missing. However, the signs are that a storm is brewing: Already with today‘s wireless technology, countless studies and practical examples show that wireless technology triggers headaches, tinnitus, problems with concentration and sleep.

Film
All Life Is Electromagnetic!