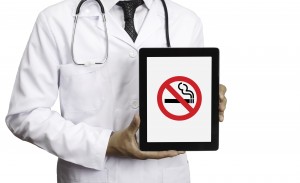 Smoking has become predominantly a youth market; 90% of annual new smokers are adolescents under the age of 20. Annual multi-million dollar prevention campaigns fail to target the youth, overlooking that cigarette manufacturers have created products for the taste and pleasures of the young generation. A product that consciously leads children and teenagers into dependency and addiction has no place on this planet. We all pay the price for our absurd tolerance of smoking, be it with our health, our freedom, our wallet – or with our lives!

Every year smoking kills more people than traffic accidents, violent crimes, suicides, drugs and AIDS in total. The health care costs arising from the direct consequences of smoking alone, amount to a quarter of all health expenditures. If cigarettes were a pharmaceutical product they would never be allowed on the market because of their harmfulness. Nicotine addiction and all its associated problems are no longer acceptable. Quitting is possible for everybody – with the correct, individual strategy and support. 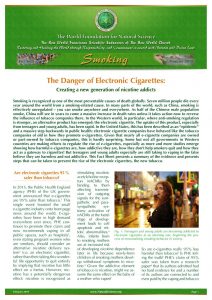 Some but not all governments in Western countries are making efforts to regulate the rise of e-cigarettes, especially as more and more studies emerge showing how harmful e-cigarettes are, how addictive they are, how they don’t help smokers quit and how they act as a gateway to cigarettes! But teenagers and young adults especially are still taking to vaping in the false believe they are harmless and not addictive. This Fact Sheet presents a summary of the evidence and presents steps that can be taken to prevent the rise of the electronic cigarettes, the new tobacco.

Do you think electronic cigarettes are healthy? They may look cool and trendy, what with the newer generation pods that look like computer flash drives! Juul, Logic, myBlu, MYLE, PHIX etcetera all look really high tech but are they safe? Juul has been labelled the iPhone of e-cigarettes and its uptake in the United States is in part to its looks. Electronic cigarette use has increased by 78 % in just one year in high schools where 3 million kids now vape; that’s 1-in-5 teenagers! The US Food and Drugs Administration has declared vaping an “epidemic“ and has threatened strong sanctions against e-cigarette companies, especially Juul.

Brochure
Cannabis — Smoking Pot is Neither Harmless nor Healthy

Cannabis, the biological name for the hemp plant, is generally perceived as a “soft drug” with negligible, reversible side effects that are non-addictive and do not pose a threat to others. What is more, cannabis is a potent medicinal herb that is said to work wonders for cancer, multiple sclerosis, pain, epilepsy, sleeping disorders and many other diseases and ailments. And while it is true that cannabis is a precious, versatile plant and definitely has medical potential, it is by no means harmless, in particular for the age group with the highest consumption—the youth—it can be dangerous.

Film
Part 1: Addiction and How It Develops

Although addictions can differ considerably, from alcohol and drugs, to internet addiction, one can still find common roots. From a biological as well as a psycho-social point of view, there are factors supporting the development of addiction and those protecting against it. Only an understanding of these factors enables us to prevent addictive disorders or to care adequately for those persons concerned.

Be it gaming, pornography, cigarettes or drugs: Our body always follows the same pattern. By means of case examples from his clinical practice the speaker explains how to prevent addictive disorders and how they can be treated. 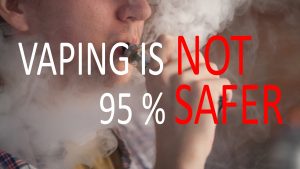 More than 6 million deaths per year worldwide are caused by smoking, despite its noxious effects being well-known. This number of preventable deaths worldwide is on the rise daily, as smoking is recklessly promoted in Third World Countries, Asia and is rampant in schools of all levels. In some wealthier nations, tobacco smoking has recently seen a slight decline, but now electronic smoking is positioning itself to justify smoking once again. Electronic cigarettes and heat-not-burn tobacco devices are being promoted to be up to 95% safer than tobacco. Devil in disguise?! 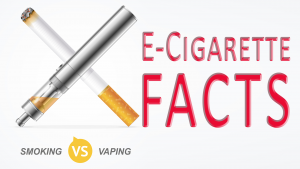 There are more cigarette ends in the ocean then plastic bags! What is the real damage of the tabacco industry to the health of the planet. Millions have turned to electronic cigarettes as a saviour from the harm of tobacco. But are e-cigarettes really risk-free?