Only twenty years ago could we imagine that one day we would be contactable anywhere and anytime? What were then still faraway dreams of the future are today already a reality. Ninety-three per cent of British adults use a handset, while in the U.S. the number of cell phone users amounts to ninety per cent. But looking at the age between 18 and 29, we see that a whooping ninety-eight per cent of these Americans possess a cell phone. 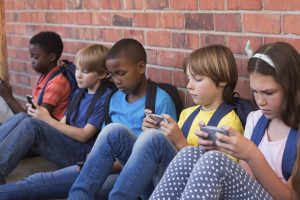 Social networks are booming like never before – and the users are becoming younger and younger. Four out of five teenagers have at least one account in a “Social Network”. Virtually every teenager possesses a Smartphone and thus has access to the vastness of the internet, wherever he or she is staying. However, what only very few know is that the internet was never ever intended for the general public. Originally, the World Wide Web was developed and programmed by the American military during the Cold War. Nevertheless, today we let children play around with it, carelessly and often without any supervision.

Practical tips about how to deal with the internet and social media:

Imagine a city with libraries, restaurants, cinemas and parks where people met and socialised. But there are red-light districts, high-crime zones, meeting places for drug addicts and other “no go” areas, as well. Would you let your child wander into this city just like that alone? Certainly not. Yet, today’s internet has become just that kind of city with “light“ and “dark“ places.

The internet yields profits in the billions; that’s one reason why the internet industry targets children and teenagers. Those, who from an early age, grow up with a brand, a social network and with internet access will remain loyal for life – or addicted! Many users are not aware of the fact that, if something is for free, you are not only the customer but also the product. As far as the social networks are concerned we are selling our privacy – our life – and our personal freedom.

For healthy development, children need an unimpaired environment that conveys to them values like the family unit, true friendship, morals, integrity and most of all love and a feeling of security. Unfortunately, these attributes can hardly be found on the so-called “Social Networks“ and are ever decreasing in our society.

The World Foundation for Natural Science informs parents, teachers, adults and especially children and teenagers about the dangers of the internet and social media and also explains how this new media can be used sensibly and responsibly. 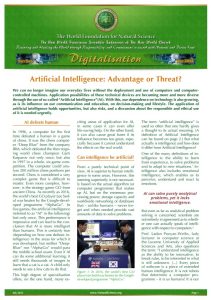 We can no longer imagine our everyday lives without the deployment and use of computers and computer-controlled machines. Application possibilities of these technical devices are becoming more and more diverse
through the use of so-called “Artificial Intelligence”(AI). With this, our dependence on technology is also growing, as is its influence on our communication and education, on decision-making and lifestyle. The application of artificial intelligence holds opportunities, but also risks, and a discussion about the responsible and ethical use of it is needed urgently.

Film
Part 1: Addiction and How It Develops

Although addictions can differ considerably, from alcohol and drugs, to internet addiction, one can still find common roots. From a biological as well as a psycho-social point of view, there are factors supporting the development of addiction and those protecting against it. Only an understanding of these factors enables us to prevent addictive disorders or to care adequately for those persons concerned.

Be it gaming, pornography, cigarettes or drugs: Our body always follows the same pattern. By means of case examples from his clinical practice the speaker explains how to prevent addictive disorders and how they can be treated. 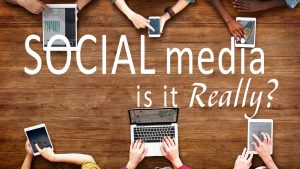 Film
Social Media — Is It Really?

Man is a social being by his very nature, and most of us thrive better when we cultivate friendships. These days, however, with the ‘social media’ frenzy having become so popular worldwide and inundating our lives in a sick way, the Social Media have silently replaced the satisfaction of the need for a sense of belonging—so it appears. But under no circumstances can these virtual relationships replace the direct human contact. All social media interfere profoundly with our lives. Gradually, our natural perception of life is fading and our discernment contaminated, disconnecting the users from the authentic, real life to give precedence to the unnatural, unhealthy virtual reality. 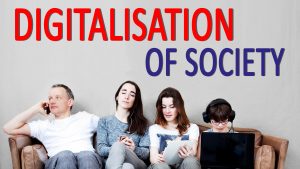 Film
The Digitalisation of Society and its Consequences

Life without the internet: Almost unimaginable for us. But how did digitalisation change our society? Why do more and more people "get lost" on the internet? What effects do social media have on the brain development of our children? Is there a connection between the use of digital media and the rapid expansion of speaking and learning disabilities, attention deficit disorders, stress and the increasing propensity to violence of children and adolescents? Learn why action is urgently needed and how these modern technologies can be handled responsibly.