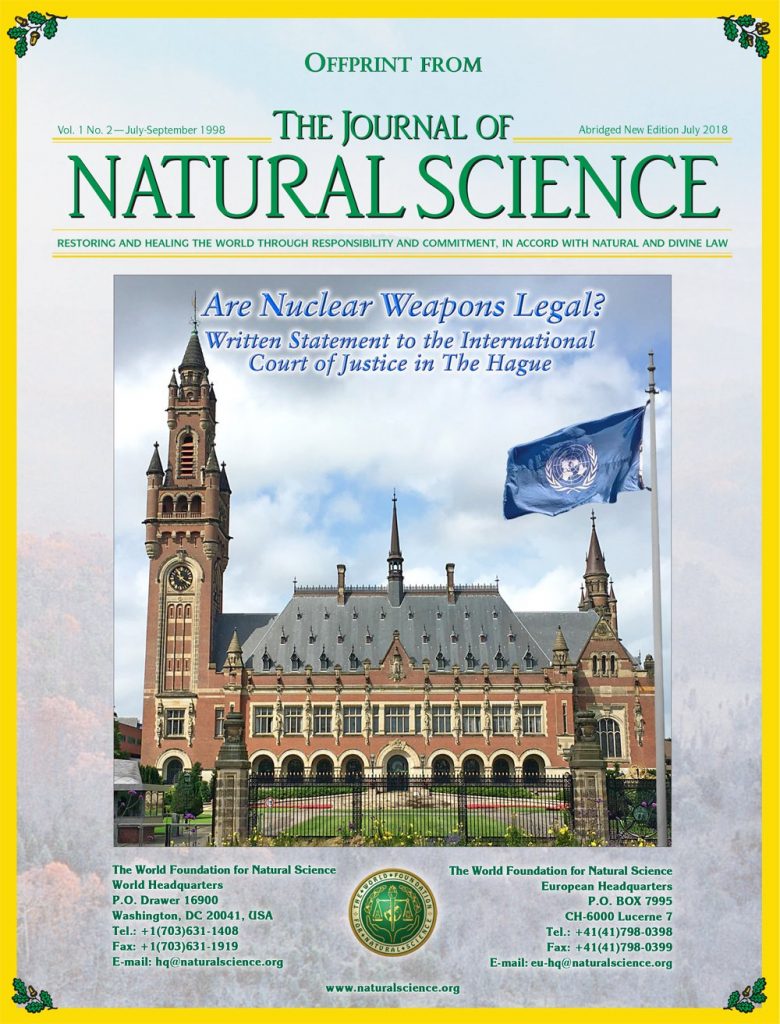 On 14 May 1993 the 46th World Health Conference, the highest authority of the World Health Organisation (WHO), passed a historic resolution in the Palace of Nations in Geneva, Switzerland. It obliges the WHO to apply for an experts’ report from the International Court of Justice on the legal status of the use of nuclear weapons. After the General Assembly of the United Nations had adopted this significant resolution 49/75 K on 15 December 1994 the former Secretary-General of the UN Dr. Boutros Boutros Ghali filed to submit to the Court, for advisory opinion, the following question: “Is the threat or use of nuclear weapons in any circumstances permitted under international law?” The resolution asked the Court to render its advisory opinion “urgently.” On 2 February 1995 the International Court of Justice issued a communiqué by which the Member States as well as the legitimate international organizations have been required to furnish information on the question. As an international organisation The World Foundation for Natural Science felt obliged to file a written statement to the International Court of Justice and, in doing so, stand up for the future of all life on this unique planet.