It can no longer be dismissed out of hand: Non-ionising radiation, as emitted primarily by mobile phone transmitters and devices such as mobile phones, smart meters, WiFi, etc., as well as high-voltage power lines, causes considerable harm to insects. This was recently shown in an overview study by the University of Neuchâtel commissioned by the Swiss Federal Office for the Environment(BAFU).1)https://schutz-vor-strahlung.ch/site/wp-content/uploads/2023/01/Insektenstuide-Uni-NE-BAFU.pdf The compilation of research results to date from 127 individual research papers shows that 80 per cent of the scientific studies prove negative effects of non-ionising radiation on insects, spiders and other arthropods.

In the scientific studies, the animals were exposed to various radiation sources and electric field strengths from below 5 V/m to over 100 V/m in order to test whether and which biologically relevant consequences occurred. It turned out that negative health effects occurred at all radiation intensities and already far below the present reference values. These included damage and disturbances in the area of reproduction and genetic material (DNA), locomotion, behaviour, as well as orientation and foraging. 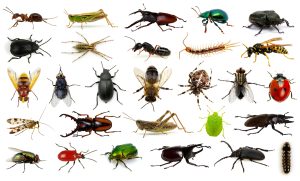 The study from Neuchâtel, which confirms the results of earlier review studies2)See for example Cucurachi, S., Tamis, W. L., Vijver, M. G., Peijnenburg, W. J., Bolte, J. F., & de Snoo, G. R. (2013). A review of the ecological effects of radiofrequency electromagnetic fields (RF-EMF). Environment international, 51, 116-140. Thielens, A., Bell, D., Mortimore, D. B., Greco, M. K., Martens, L., & Joseph, W. (2018). Exposure of insects to radio-frequency electromagnetic fields from 2 to 120 GHz. Scientific Reports, 8(1), 1-10. Thill, A. (2020). Biological effects of electromagnetic fields on insects. Umwelt-medizin-gesellschaft. Sonderbeilage in Ausgabe 3-2020, 33. Jahrgang., also gives particular cause for concern with regard to the introduction and expansion of 5G networks. The expansion of the 5G networks, which is divided into several steps, is also to include so-called millimetre waves in the range of up to 100 GHZ. There are still few studies on the effects of these waves, but model studies show that insects absorb these frequencies even more strongly because their bodies, which are often only a few millimetres in size, form a perfect resonance body for the electromagnetic waves and the insects thus act as living antennae, so to speak.

In view of the fact that more and more devices are being equipped with mobile phones and nationwide 5G network requires around three times as many antennas as it already does today, the warning of the experts from the University of Neuchâtel should be taken very seriously, because a further “loss of biodiversity and disruption of ecosystems” is to be expected. 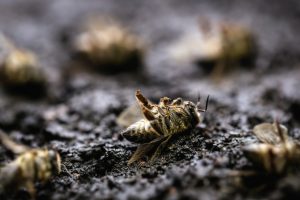 How much longer can the animal and plant world cope with this steady decline in biodiversity anyway? Switzerland’s national Red Lists3)https://www.bafu.admin.ch/bafu/en/home/topics/biodiversity/publications-studies/publications/red-lists-threatened-species.html show that around two thirds of insect species in Switzerland are endangered. Globally, the biomass of insects has declined by 76 per cent in the last 30 years or so, and every year another 2.5 per cent is added. It is expected that around 40 percent of insects will become extinct in the next few decades!4)Sánchez-Bayo, F., & Wyckhuys, K. A. (2019). Worldwide decline of the entomofauna: A review of its drivers. Biological conservation, 232, 8-27. https://www.sciencedirect.com/science/article/abs/pii/S0006320718313636

It must be borne in mind that about two thirds of the known living creatures on earth are insects. They form the basis of the food chain and the vast majority of plants depend on these inconspicuous tiny creatures for pollination. Insects are indispensable for functioning ecosystems and thus for the health of this earth and also of humanity. It is high time that the unchecked expansion of mobile phone networks and our careless and inconsiderate use of a technology that causes immense damage to life on this earth is finally stopped!5)The World Foundation for Natural Science has long warned of the dangers of microwave and mobile phone radiation and points out that 5G networks exacerbate the problem. You can find detailed information on this topic on our Website, as well as information on the dying of insects