First of all, the good news: Between 2007 and 2019, the number of adult smokers has declined steadily. However, 1.3 billion people worldwide still use tobacco today (of which 1.1 billion are smokers, with another 200 million turning to other tobacco products). Five companies dominate 80 percent of the market. While they are promoting increasingly new tobacco products such as e-cigarettes or tobacco heaters in industrialized nations, cigarettes continue to be aggressively advertised in poorer parts of the world. As a result, tobacco consumption is growing steadily, particularly in Asia, Africa and the eastern Mediterranean region. In fact, conventional cigarettes still account for 90 percent of the market share. 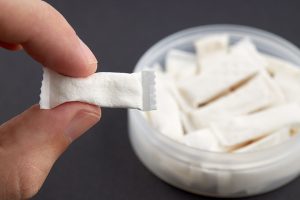 A cause for concern is that tobacco use by young people is widespread and rising sharply in some countries. This is the case in 63 of 135 countries surveyed and is due in no small part to new tobacco products, often flavored, such as e-cigarettes and snus. Globally, around 50 million girls and boys between the ages of 13 and 15 use tobacco in some form.

With 8.67 million deaths caused globally each year (2019 figures), tobacco use and smoking in particular remains a massive health threat, generating US$2 trillion in medical costs each year.

Therefore the best prevention is still to not start smoking in the first place. And it is never too late to quit. The body immediately begins to regenerate; within twenty minutes, blood pressure and heart rate drop, and after twelve hours the carbon monoxide content in the blood has normalized. Every cigarette not smoked is a small victory and a step in the right direction. As the figures show, most smokers want to get rid of their vice, but only a relatively small proportion of them then put this resolution into practice. 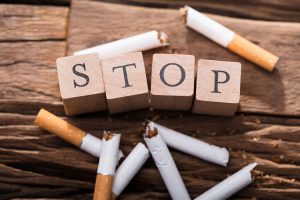 Take heart today and abstain from the next cigarette, and then the next, and the next…. The following tips can be helpful:

The best moment to start changing for the better is right now. You can do it.

Source:
Figures are from The Tobacco Atlas, 7th edition, published May 18th, 2022:
www.tobaccoatlas.org