“There is a herb for every ailment,” the German Benedictine nun and all-round scholar Hildegard von Bingen is reputed to have said back in the 12th century. This can be taken quite literally. Wild herbs in particular are a true jewel in nature’s treasure chest, although the inconspicuous “green stuff” is often underestimated and much knowledge about its effects and power has been lost. Wild herbs contain many times more vitamins, minerals, trace elements and enzymes than cultivated herbs, fruit and vegetables and are excellent for giving our immune system a healthy boost in the cold season. 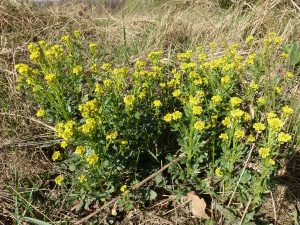 Barbara herb, also called bittercress or winter rocket, is a fine example of how nature provides fresh food even in the depths of winter.
Barbara herb grows on damp soils, along streams, in partial shade, also in forest clearings. It can be harvested all year round; leaves, flowers and stems are used. Barbara herb tastes like nasturtium. It contains mustard oil glycosides, lots of vitamin C and minerals. The leaves can be used to prepare a savoury salad. Barbara herb is also delicious raw on a buttered bread or it complements an egg dish with its fresh, spicy cress flavour. 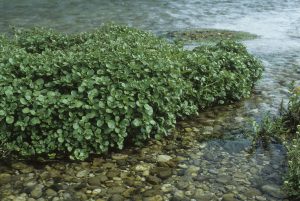 Watercress puree:
Blanch watercress in boiling salted water, rinse, drain and puree. Bind the puree with a few spoonfuls of cream or a little roux – sheer health with meat and vegetable dishes!

Banana cress soup: ( Ingredients for 4 people)
3/4 litre vegetable stock, home-made or cubed/powdered; peel and slice 3 large bananas, drizzle with the juice of one lemon; wash and drain 1-2 handfuls of cress; set aside 4 small bundles of cress to garnish the soup; puree the remaining cress with the banana slices and about a third of the vegetable stock.
Stir the banana puree into the remaining vegetable stock and cover and heat over a very low heat. Whisk 2 egg yolks with 6 tablespoons creme fraiche and a pinch of freshly grated nutmeg, stir into the hot (but not boiling) soup and season with salt. 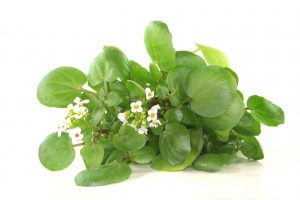 Bring 1 litre of strong bone broth to the boil, dissolve 1 heaped tbsp of cornflour in 1/4 litre of milk and pour into the broth, boil briefly, season with salt and pepper, remove from the heat and thicken with 2 egg yolks whisked together with 1/16 l of whipping cream. Pour the broth as hot as possible over 3-4 tbsp chopped watercress – preferably directly into the warmed serving bowl. 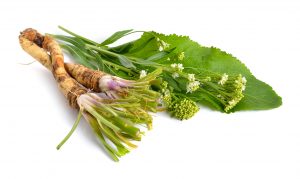 Horseradish is a perennial plant from the cruciferous family and is now native to all continents. The harvest time of the main roots is in autumn, as soon as the foliage retracts, when the content of sulphurous mustard oils and vitamin C is at its highest. Harvesting is possible until February. In addition to mustard oils and vitamin C, horseradish contains rhodan compounds, potassium and calcium.
Horseradish has an antimicrobial effect against various bacteria and fungi that cause infections of the urinary and respiratory tracts. In the respiratory tract, the mustard oils loosen mucus and make it easier to expectorate, and in the kidneys they have a diuretic effect. Mustard oils also stimulate the appetite and facilitate digestion. Used externally, the grated root has a skin-irritating, warming, circulatory stimulating and thus also antispasmodic effect.
A small portion of horseradish belongs in every beef soup, freshly grated it goes well with beetroot and potato salad, curd spread, spinach and cabbage. Horseradish sauce and whipped cream is delicious with smoked fish or cold meat.
The pungency is lost during cooking, but many of the active substances also evaporate in the process. 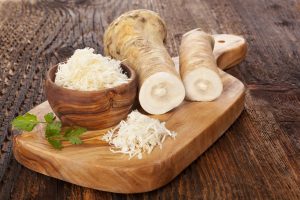 Horseradish cough syrup:
Coarsely grate a small piece of horseradish root, add twice the amount of honey, leave to infuse overnight, pour through a fine cloth, take ½ to 1 tsp. 3 times a day for coughs. Do not use for longer than a week. Not suitable for children under 4 years. 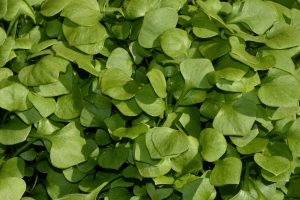 Winter purslane is also called miner’s lettuce. It is similar to common purslane in taste and effect. Winter purslane forms cushion-forming small plants and the whole herb is edible. The herb stays fresh over the winter if you cover it generously with a fleece.
Purslane contains a lot of vitamin C, magnesium and has a high potassium content. Purslane leaves are also very good sources of iron; after all, 100 g of purslane cover a third of the daily iron requirement and together with the vitamin C in the leaves, the iron is particularly well absorbed by the body.
Purslane can be sprinkled on buttered bread or added to herb curd and mashed potatoes. The leafy vegetable is also often prepared like spinach or used to refine gratin dishes, pasta dishes and steamed vegetables (pumpkin, carrots, potatoes, onions, tomatoes,…). Because of its great taste, purslane is suitable as a seasoning for spreads, sauces, vegetable soup, curd and egg dishes. 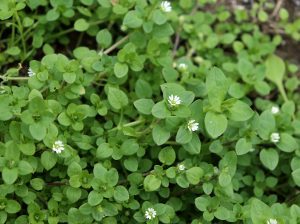 Chickweed is a particularly strengthening energy plant for our immune system. It grows all year round (even under snow) in good, nutrient-rich soil, in gardens, in fields, in sun and partial shade. Chickweed is a true vitamin and mineral miracle: it contains twice as much calcium, three times as much potassium and magnesium and seven times as much iron as lettuce, two to eight times as much vitamin A and vitamin C as well as vitamins B1, B2 and B3, the trace element selenium, mucilage, saponins, flavonoids (rutin) silicic acid and gamma-linolenic acid.
Chickweed tastes like young corn. In the kitchen, the whole plant (stems, leaves, flowers and fruit balls) can be used as a salad or as a tender spinach-like vegetable, in curd, in dough, on buttered bread, as pesto…
In folk medicine, chickweed is used for coughs, asthma and lung diseases, as well as for cleansing and strengthening the whole organism. The plant has a cooling, anti-inflammatory, analgesic, digestive and slightly laxative effect. It helps with cramps, liver complaints, overtired or inflamed eyes, rheumatism and bladder diseases. Externally, it can be used for skin rashes, burns, abrasions and minor injuries. Homeopathically (Stellaria media 2D) it helps with rheumatism, joint inflammation, bronchitis and psoriasis.