Children and adolescents today grow up in the field of two conflicting worlds: the real and the digital one (see also Part I of this article).Although new media offer opportunities, dealing with them is difficult for children and poses completely new challenges especially for teachers, educators and parents. The couple Winfried and Astrid Brüning, who have been dealing with the subject of “digital media” for many years, show in one of their educational films how it can happen that “memory traces” in the children’s brains are repeatedly erased by the use of tablet, computer and the like.1)https://www.bruening-film.de/filme/gedaechtnisspuren.html

The film is about Marius, who wants to watch 10 minutes of television after school to relax. Afterwards he would do his homework immediately, he promises in any case “high and holy”. It is understandable that children need a break after 6 hours of lessons, but television or video games are not suitable for resting. After his TV break, Marius simply cannot concentrate on his homework. Why is that?

Overwriting traces of memory …
After a long morning at school, the children’s brains are in full swing: they are in the process of transforming what they learned in the morning into knowledge. A school child will not be able to remember everything he or she heard in the morning, but only what can be stored in as many places in the long-term memory as possible after the working memory has been used.
It is only through this transfer that learned knowledge becomes knowledge that is available and applicable at all times. However, this transfer – also called consolidation, – can take several hours and means full employment for the neurons of the school children.

At this moment, watching television or playing at a game console is inconceivably unsuitable, because through such activities, the knowledge just acquired at school can be literally erased and overwritten, as the neurons in the brain are actively prevented from laying memory tracks from short to long-term memory by the constant stress and “invasion” of the TV and video game impressions.2)„Über Das Löschen Von Gedächtnisspuren”, BRÜNING-FILM 2020 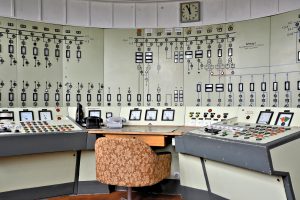 Our long-term memory consists of many millions of places where our acquired knowledge has “settled down”. It is this knowledge, which can be called up at any time, which is created by successfully laying memory traces and the undisturbed and unimpaired transfer of what has been learned from the “reception hall” and stored in one of these millions of places. Memory traces are always created when places are found in the long-term memory where the newly learned can be connected with what is already known, here the newly learned can become “at home”.

This extremely important process is disturbed and inhibited, or even prevented, by the use of digital media. The brains of children working with media now need all the capacity available to process the bright, colourful images, rapid image sequences, shrill sound effects and strong, perhaps even fear-inducing emotions from the television or console. But it is precisely these capacities that are urgently needed to permanently store and anchor what has been learned. It can even happen that real experiences of the children, such as the early morning class discussion or experiences with a pet, are “mixed” with virtual elements from the afternoon video games after the consumption of screen media. 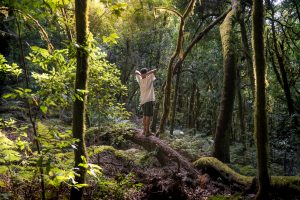 What to do after school to ensure that the “downloading of knowledge” works
The way to school offers a first opportunity to clear your head. Perhaps it can be covered on foot or by bike? On the school bus, too, you can chat with comrades instead of staring at your mobile phone. Physical, manual and musical activities are also ideal and can be easily integrated into everyday life at lunchtime or later: looking after your pet (e.g. feeding the dog and/or walking and playing with it), colouring mandalas while listening to soothing music, honing your football or handball skills after school, playing ball with your siblings, enjoying your own garden or city park, e.g. by climbing a tree (to develop your sense of balance), playing by the brook or pond, riding a bike, making music (piano, violin, practising drums and ‘letting off steam’), helping to cook (cutting vegetables/fruit, setting the table), harvesting herbs (chives, parsley, marjoram…) for lunch, dancing to the trendiest music or just relaxing in a deckchair, on the sofa or in your room.

In this way, two things occur at the same time: the transfer of the newly learned into long-term memory with the transformation into knowledge can take place unhindered and, in addition, the opening up of new places in the long-term memory is enabled with experiences through all senses… 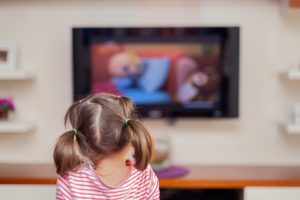 There are studies that prove the correlation between a young person’s TV consumption and his or her success or failure at school, such as the 2005 study by Robert Hancox of the University of Otago in New Zealand, who observed 1,000 subjects born in 1972 and 1973 over a period of 30 years. At the ages of 5, 7, 9, 11, 13 and 15, they were asked about their daily television consumption; when they were adults, Hancox asked about their education. The result: Those study participants who spent most time in front of the television as children (more than three hours a day) were more likely to have no school-leaving qualifications, while those participants with the lowest TV consumption in childhood were most likely to have a university degree later on – regardless of IQ and socio-economic circumstances.3)https://www.kindergartenpaedagogik.de/fachartikel/psychologie/1335
Chernin, A.R./ Linebarger, D.L.: The Relationship Between Children’s Television Viewing and Academic Performance. Arch Pediatr Adolesc Med. 2005; 159: 687-689

The German brain researcher Prof. Manfred Spitzer warned in 2007: “If you now know that the TV consumption of German children today is about three hours a day, then these children are comparable to the “loser” group in New Zealand. We can therefore easily calculate where we will stand in 30 years’ time with our educational level and our economic performance,”4)Tagesspiegel, 22.06.2007, Interview mit Manfred Spitzer https://www.tagesspiegel.de/gesellschaft/panorama/hirnforscher-manfred-spitzer-kinder-lernen-besser-ohne-computer/965756.html Since then however, times have changed enormously once again, not necessarily for the better, unfortunately. Just how dramatic these changes are is shown by the Deutsche Postbank’s Youth Digital Study 20195)https://www.trendreport.de/postbank-jugend-digitalstudie-2019/ Postbank Jugend-Digitalstudie 2019. In April and May 2019, 1,004 young Germans between 16 and 18 years of age were randomly surveyed.:

On an average day, German youths spend 9.7 hours online; for the smartphone alone, the figure is 5.2 hours on 6.5 days per week. If we subtract from this the time they spend at school and sleeping, we come to the conclusion that the majority of young people spend virtually all their time glued to the screen. On average, German young people spend 58 hours a week on the Internet. Most of the time they use their smartphones for this purpose – via mobile phone accounts for almost 36 hours a week. There is even more technology in the rooms of young Germans: Almost every young person is equipped with a laptop, desktop computer or tablet at home – no wonder he or she can be online almost permanently.

In this context, one should urgently consider numerous pedagogues objecting to and condemning the intended digitalisation in schools. In view of these facts, which clearly demonstrate the excessive screentime of adolescents, is it really necessary, let alone sensible, to provide them with digital media in the classroom as well?

When the conscience of IT specialists makes itself heard
In view of the exacerbation of the problem, it is not surprising that the conscience of IT specialists, such as Roger McNamee and Tristan Harris, is making itself heard.6)Süddeutsche Zeitung of September 15th, 2020 https://sz.de/1.5031068 Interview by Jannis Brühl with Tristan Harris, former Google-employee and Roger McNamee, former Facebook-investor Both were originally among the most sought-after IT specialists in the Silicon Valley – in the meantime they have become critics of the technology that they themselves once created.

Tristan Harris studied at Stanford how digital technology can manipulate user behaviour and later worked at Google. Roger McNamee became rich by investing in tech companies. Early on, he invested in Facebook and advised the young Mark Zuckerberg. After the US election campaign in 2016 he became a tech critic. Both IT professionals warn above all of the decline of democracy, the great power of algorithms and the isolation of the young generation. Harris also vehemently contradicts Marc Zuckerberg’s assertion that he wants to bring people together: “Which he (M.Z.) does not even begin to do. In 2005 Facebook was just an address book. He could turn the network back into a simple tool that strengthens society. Instead, our attention is being sucked away. This model combines addiction, anger and hatred.”

McNamee calls for a “Hippocratic oath” for programmers, and demands that they must take responsibility: “A civil engineer can be held accountable if a building collapses. Programmers do not take personal risks.” Harris goes even further: “It should be like the programmers at Boeing: they had to fly on the maiden flight of the aircraft for which they had written the software.”

“Cure” for beginning digital dementia
Since not only children and adolescents, but also adults are affected by a decreasing performance of their brain, the so-called “digital dementia”, with frequent digital use, which also has negative effects on their will power, emotions and social behaviour, Prof. Manfred Spitzer pragmatically recommends the following counter measures 7)Spitzer Manfred: Digitale Demenz, 323-326:

For the first time in history, older people, the Digital Immigrants, are learning about digital technologies primarily from younger people, the Digital Natives, who seem to be the great experts in the use of digital technologies.13)https://www.karrieretutor.de/blog/digitalisierung/digital-natives/ However, if we want these young people, who are often superior in this field but are nevertheless entrusted to our care, with their heads littered online 14)Spitzer Manfred: Digitale Demenz, 326, not to go down in history as a “lost generation”, we must set a good example and offer every assistance to help them learn moderation and discernment in order to bring the digital and real worlds into a good balance.