Covid-19 still seems to have the world under control and it is still claimed that only a vaccine could finally get us out of the crisis. But is that really so? Is there really no other way?

Could perhaps an alternative form of medicine such as Classical Homeopathy, developed by Samuel Hahnemann a good 250 years ago, offer help? It is little known that homeopathic remedies have already had considerable success against cholera and the Spanish flu. And brand new studies, especially from India, show that even in this crisis, homeopathy is a valuable support and has already helped many people suffering from Covid-19 back on their feet quickly.

United to Heal
When Covid-19 was declared a pandemic in early 2020, homeopaths around the world joined forces in an unprecedented collaboration called “United to Heal” to study this novel viral disease and to compile and evaluate the symptoms in an effort to find the appropriate homeopathic remedies.

Do you remember the strange shopping behaviour of the population in spring? In many places in Germany it was no longer possible to buy toilet paper, the shelves were completely empty. The declaration of the pandemic had caused a certain panic, which encouraged hoarding. The behaviour of many people was not exactly characterised by logic, but seemed rather irrational. So this buying and hoarding behaviour, which is based on a fear of deprivation (and to which the symptom description “fear of poverty” most closely corresponds), was included in the finding of remedies. Even now, in this so-called second wave, a similar behaviour is evident in many people to be determined. 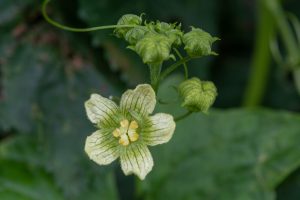 The remedy that best covers these symptoms is Bryonia, the white bryony. Very much ahead in the choice of remedies are also Arsenicum Album, Gelsemium, Aconitum and Lycopodium, but in more than 70 percent of the cases studied, the remedy of choice was Bryonia. As a rule, treatment with these remedies led to a significant improvement in symptoms within a few days. The fever had usually already dropped significantly the following day and the general condition had improved considerably. In March and between 10 and 21 April 2020, two studies were conducted in Indian hospitals under the direction of Professor Pradeep Kumar. In the first study 74 out of 100 patients were treated with Bryonia, and in the second study 84 out of 116 patients were treated with Bryonia. In the first study, a cure rate of 98% was achieved after one week, and 99% in the second study!

Just a placebo?
It was also examined whether the homeopathic remedies had actually worked, or whether
it was possibly only a placebo effect.
To find out, two groups were formed. One group was given Bryonia C30 and the other a placebo. The result of this study is impressive. The patients who received Bryonia showed clear improvements in symptoms after only 1-2 days, while the patients in the placebo group showed a clearly slower healing process 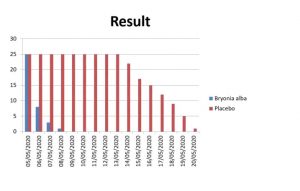 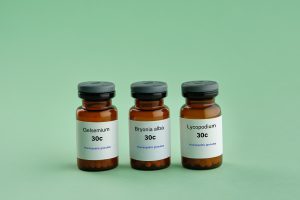 Is prophylaxis with homeopathy possible?
Another study examined whether prophylaxis with homeopathic remedies is also possible. This topic is controversial even among homeopaths, as homeopathy depends on symptoms to determine the right remedy. However, in this case, more than 3,500 symptoms have now been recorded worldwide, so that there is enough data to be able to assess the overall picture of the viral disease Covid-19.
Based on these data, Bryonia has been identified as the “genius epidemicus”, i.e. the agent that best covers the disease incidence of Covid-19. Now the aim was to find out whether this agent could also be used as a prophylactic. India once again proved to be a forerunner. Between 16 May and 15 June 2020, 60,000 people there were given Bryonia prophylactically in a large-scale study.
These trial subjects were tested several times over several weeks, and not a single one of them tested positive for Covid-19. Further extensive examinations and tests are planned. If this result is confirmed, do we really need a vaccination?

Prevention with homeopathy
Through this extensive study with Bryonia on tens of thousands of people, there is now a clear indication that prophylaxis is also possible with homeopathic remedies if the genius epidemicus is known.

So if either yourself or someone in your environment has tested positive, you can use Bryonia as follows:

Otherwise, please observe the applicable hygiene rules and also do everything you can to strengthen your immune system. Always come back to rest, relax and, above all, allow yourself a break from your mobile phone. Reduce your exposure to electro smog by using as little Wi-Fi as possible and wired devices instead. Make sure that your bedroom, in particular, is free of electronic devices so that your body can find peace and relaxation at night. Eat a vitamin-rich diet, especially extra vitamin C and D can be very helpful in the winter months. Get plenty of exercise in the fresh air and enjoy the warming autumn sun!