Because of the coronavirus, people around the world are being called upon by their governments to exercise “Social Distancing”. However, the expression is wrong. What is meant is that we should keep a distance physically to prevent the virus from spreading. So the correct expression for what is now asked of us, would be “Physical Distancing”. The expression “Social Distancing” creates a distorted picture in our minds by suggesting that we need to distance ourselves from each other as human beings in social and emotional contact. But this is exactly the opposite of what what we need now. Social and emotional closeness, solidary community and connectedness are more important than ever, especially now.

Many people find it hard to keep physical distance, and this is because we are social beings in the highest degree. In stressful situations, the “cuddling hormone” oxytocin is released, which promotes our empathy, our social thinking, our sense of belonging and our trust, while reducing stress and anxiety. Physical contact also releases oxytocin. In other words: Nature has “built” us in such a way that, especially in difficult situations, we develop a feeling of solidarity and feel that we function better together than alone. We now have to limit physical cuddling to people (and animals!) in our own household, but despite physical distance we can definitely feel connected and emotionally close to each other. This is extremely important, because loneliness makes you sick.

The fact that living in a close-knit community can even protect us from a heart attack and other serious diseases is known in medicine as the “Roseto effect”. The term goes back to a study by Dr. Stewart Wolf of the University of Oklahoma, whose research results were first published in the Journal of the American Medical Association in 1964. Dr. Wolf had bought a summer house near the small town of Roseto in Pennsylvania in the early 1960s. During a conversation, the local doctor told Dr. Wolf that it was quite astonishing that heart attacks were virtually non-existent in Roseto, whereas in neighboring Bangor the heart attack rate was in line with the national average. It should be noted here that this conversation took place at a time when the heart attack rate in the Western industrial societies was massively on the rise and was the number one cause of death among men under 65.

Subsequently, Dr. Wolf set out to investigate the reasons for the longevity of the Rosetans. It certainly wasn’t because of a particularly healthy lifestyle. Many inhabitants of Roseto were overweight, most of them smoked and did not exercise, 41 percent of the daily calorie intake consisted of fat, as pizza, sausage and pork lard were regularly on the menu. The good health of the people of Roseto could not be explained by genetic or geographical peculiarities, nor by particularly good drinking water or excellent medical care. Rather, it turned out that it was the way in which the inhabitants of Roseto lived together as a community that was responsible for their longevity and also for the fact that in Roseto there were no suicides, no alcoholism, no drug addiction and hardly any crime, that no one had stomach ulcers and no one was receiving social welfare. As a rule, people simply died of old age. 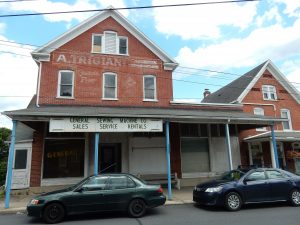 The small American town of Roseto had been founded by Italian immigrants from the Roseto Valfortore of the same name, who maintained their strong sense of family and solidarity in their new homeland. So, in Roseto, three generations lived under the same roof, people met regularly with neighbours and in church, helping and supporting each other. In this way, the researchers were able to identify four factors that were typical of the way of life of the inhabitants of Roseto and mainly responsible for their good health:

1. A family-oriented life: For the Rosetans, family came first. By now, research has repeatedly shown that the quality of our familial relationships has a significant impact on our health.

2. Spiritual or religious ties: Roseto residents went to church on Sundays. They possessed strong Christian values; to them, the commandment to love one’s neighbour, was law; people supported each other where they could. Other medical studies have shown that our health improves every time we go to church.

3. Strong community: The Rosetans all considered themselves “brothers” and “sisters” in their local community. People helped each other.

4. Low stress: The inhabitants of Roseto stated that they were not worried about the future. They trusted in God, their family and the local community in case of worries or problems. It is recognized in medical research that stress is responsible for a variety of illnesses.

However, the story of Roseto does not end here. Scientists studied Roseto for about fifty years. At the beginning of the 1970s, the inhabitants of Roseto achieved in doing what they had originally emigrated to do. For themselves and especially for their children, they had earned a standard of living that guaranteed relative prosperity. As a result, many young inhabitants moved away from Roseto, buying single-family houses, and the evening chat with the neighbour or the extended dinner with the family gave way to the daily television marathon. To the same extent that the value of the family and the community declined and a materialistic mentality and “every man for himself” attitude increased, the Rosetans’ cases of illness increased also. In the 1970s, Roseto was no longer different from the surrounding villages, and the heart attack rate had also risen to national levels. Dr. Stewart Wolf concluded from his research that the challenges of everyday life can overwhelm a person living in isolation, leading to stress and illness. However, those who are integrated into a solidary community feel safe, secure and relaxed, which also has an effect on the physical body and thus prevents illness and sometimes can even lead to recovery from an illness.

The example of Roseto shows how important community is for us humans and that social distance makes us ill. So, despite the coronavirus, let us take care of each other, let us inquire about the other person’s well-being, let us help according to our possibilities, let us look after each other as well as after ourselves. Right now say goodbye to the wrong concept of “Social Distancing”. For the sake of necessity, let us practice “Physical Distancing”, until we can embrace again!