It is now becoming conclusive that electronic cigarettes are harmful to health. Though there is much debate in the media and anti-smoking pressure groups about the health effects of e-cigarettes, more and more research is showing the harm e-cigarettes cause. In a just-published study in the Journal of Respiratory Research, a study1 conducted by scientists at the University of Manchester found that e-cigarette vapour causes inflammation on the lungs similar to that of tobacco smoke. 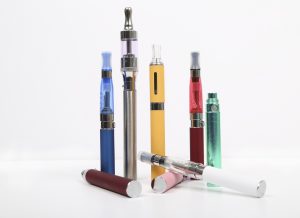 The researchers found inflammatory markers  in e-cigarette vapour have a similar effect to those produced by tobacco smoking which cause chronic obstructive pulmonary disease (COPD).

This inflammation is caused by e-cigarette vapour whose contents contain also many carcinogens, such as “saturated aldehyde propanol, the carcinogens. 2, 3-benzofuran and allylthiourea and the respiratory toxin styrene …[and] acrolein in the vapour extract but not the e-liquid itself… Acrolein is also a constituent of tobacco smoke.” [Ref 1, p8]

E-cigarettes are fast falling under the regulation of government health agencies around the world. In the United States, the Food and Drugs Administration (FDA) now regulates the manufacture and sale of e-cigarettes in line with tobacco production and sale.2 The European Union, as of 20th May 2016, has introduced legislation to regulate the content and marketing of these devices,3 especially as evidence now shows that e-cigarettes do not help people quit smoking.4

5 The World Foundation for Natural Science (May 2016), “Tobacco Products have no place in this world anymore – Smoking Fact Sheet” https://www.naturalscience.org/publications/tobacco-products-have-no-place-in-this-world-anymore/