Today offers the wonderful opportunity to honour the trees, to remember what we owe them and to become aware that they are the solution to several existential global problems!

It is not Nature that causes “problems”; instead, the “problems” must be attributed to mankind. Who else? Nature is a wonderful system the parts of which are completely and complementarily aligned to each other in a dynamic balance. Nature is constantly developing and of itself does not create any problems.
Man, as well, is a part of this ingenious system. For example, we exhale carbon dioxide which the trees take in and which, through photosynthesis, is transformed into sugar (which the trees need to grow) and oxygen (which we need for breathing). Expressed in numbers: A single fully grown beech, oak or chestnut tree binds about 13 to 18 kilos of carbon dioxide per day, that is, 5 to 6 tons a year. It produces around 10 to 13 kilos of oxygen daily, thus about 4 tons of oxygen every year, which corresponds to the breathable air needed for 11 people annually. Obviously, and consequently, trees are called the `green lungs‘ of the planet. In addition, by providing shade, trees reduce the need for air conditioning by about 30 per cent, they keep the soil from drying out and create humus through rotting leaves.
Trees reduce the greenhouse effect because they provide shade, because they reduce the energy needed for cooling, diminish carbon dioxide and produce oxygen.

Yet this is by far not all that this wonderful (in the truest sense of the word) creation brings forth. A big deciduous tree evaporates about 200 to 300 litres of water per day. Thus it cools and moisturises its surroundings. The evaporation process makes the tree reach for replenishment through its roots thus creating a continuous water flow from the roots towards the leaves. There the water evaporates through the leaves‘ stomata and again falls down to earth in the form of rain, whereby not only the tree itself but its surroundings, too, are blessed with the urgently needed water, that has been cleansed by the evaporation process.
Trees cool, raise the air humidity and cause rainfall. They are a means against aridity and the increasing spread of the deserts.

The trees not only give life to us but to countless other organisms as well – just bring to mind the tropical rainforests with their enormous variety of animals and plants, for example. Furthermore, there is the value of the forest as a restorative environment for us humans, as protection from avalanches and soil erosion as well as its beauty which touches the eye and the heart. It is simply breathtaking how much trees are giving us, quantitatively and qualitatively, yet they are largely undemanding in their own needs.
Trees are one of Nature’s true marvels, and the hope remains that many people can understand this and show the trees the appreciation and respect they deserve. In the end, our survival depends upon it.

The more trees there are, the purer the air, the more moderate the climate, the less carbon dioxide excess, the more vital oxygen and rain, and the more wood that can be used for the production of furniture and as a source of warmth. At present and in the future trees are absolutely essential for us and our survival. Hence, there must be a stop put to the fatal and, ultimately, suicidal cutting down of the rainforests, immediately and permanently. Even though many people have revised their opinion, on a global scale still far too many trees are cut down – currently forests standing twice the size of Ireland are disappearing annually – and they are not replaced at all or not equivalently. For this reason, it is absolutely necessary to plant at least two new trees for each tree that has been cut down, in order to secure the forests’ survival long-term.

Let us plant trees – and let us save our planet! Today is the day to start. Please plant a tree on your own initiative or contact an organisation in your neighbourhood that is planning such a campaign and which you can join.

THANK YOU VERY MUCH! 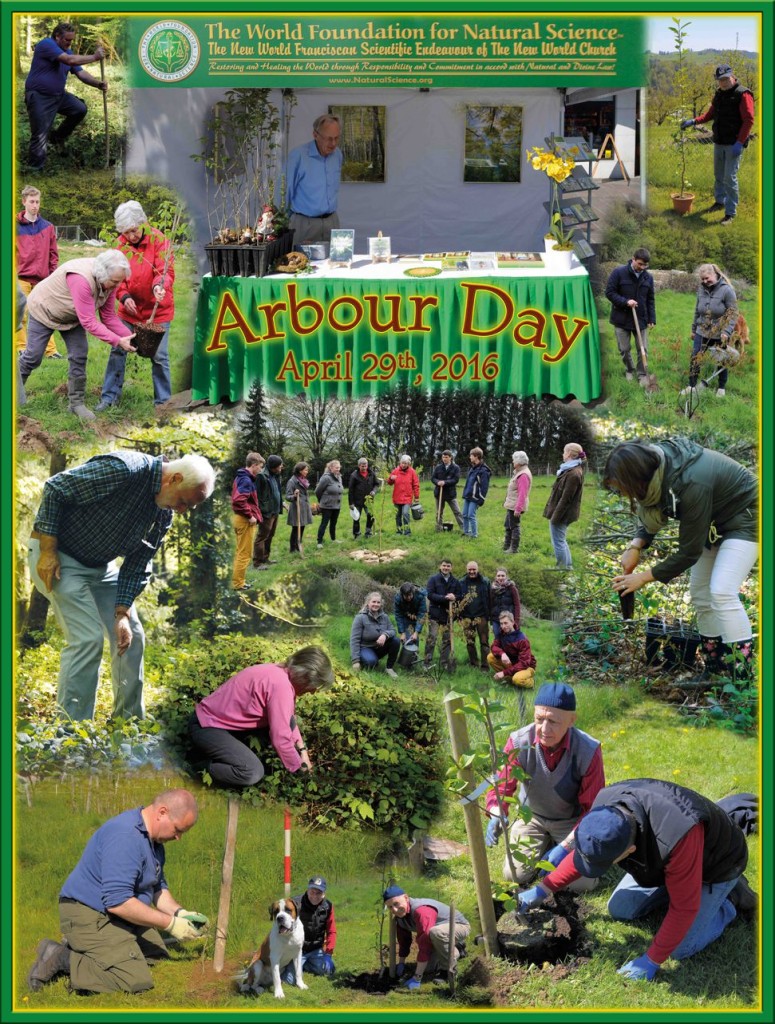