On December 5th, 2014, an international delegation of The World Foundation for Natural Science visited the FAO (Food and Agriculture Organization of the United Nations) in Rome on the occasion of the first official celebration of World Soils Day and the launch of the International Year of Soils 2015. 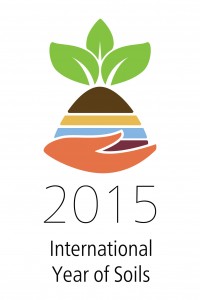 At its 19th International “New Scientific Outlook”-Congress from October 30th to November 1st, 2014 in Ulm, Germany, The World Foundation for Natural Science was already focusing on: “Natural Agriculture” and “Healthy Soil; the inescapable necessity for a healthy support and why the relationship between human beings and soil is so essential for the whole planet.”

Almost 1,000 copies of the official film of the UN International UN Year of Soils, “Symphony of the Soil” (2014), were sold or given away. (s. Online shop)

From May 28th to May 30th there was a soil and compost course at the “Chripfelihof” in the Canton of Zug in Switzerland which was attended by 26 farmers and gardeners.

During the whole year we held Seminars about the topic soil in the UK, Germany, Switzerland and Austria. In these Seminars it became obvious that everyone of us can make a substantial contribution. Even though not all of us are farmers or gardeners, we are all consumers! 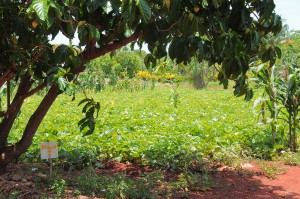 In June, a delegation of The World Foundation for Natural Science went to Cuba and visited various organic farms that are operated in a sustainable manner. Since Cuba – after the collapse of the USSR – has had to deal with an almost complete loss of crude oil and agrotechnical support, a farming method has been developed that is simple, yet efficient, characterised by creativity, and is above all healthy. Cuba is an example of a natural agriculture for the so-called developed countries.

The World Foundation for Natural Science sponsored the documentary “Der Bauer und sein Prinz” (“The Farmer and His Prince”) – which presents the environmentally sustainable farm of Prince Charles with idyllic pictures – in various German speaking cities in Europe, including the Swiss cinematic premiere in Lucerne on May 18th, 2015.

The title of the first lecture of our 20th International “New Scientific Outlook” World Congress in Ulm, Germany, was “The Soil – The Foundation for our Lives – Has Become Fatally Ill. A Call for Action.”

As you see, there were many opportunities to learn and to connect with Mother Earth in order to contribute to the recovery of the soils! However, this year is only the beginning for a continuous, urgently needed restoration of the soils. In the coming years, we will go on ourselves to work to foster healthier soils, thus restoring our own health.