The US Federal Court has banned Dow Chemical’s neonicotinoid ‘sulfoxaflor’. Neonicotinoids are proven to be deadly to bees and pollinating insects. The Federal Court concluded the US Environmental Protection Agency violated Federal Law when it approved the neonicotinoid in 2013. 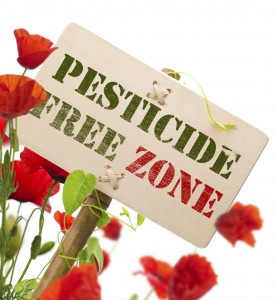 In a major victory for bees and other pollinating insects, on September 10th 2015, the US Federal Court Ninth Circuit of Appeals overturned the US Environmental Protection Agency’s approval of Dow Chemical’s neonicotinoid, called ‘sulfoxaflor’ 1. The EPA had approved the neonicotinoid in 2013 2 amid global concerns of the deadly impact neonicotinoids were having on honey bee colonies worldwide, leading to the two-year ban placed on three of the neonicotinoid family across the European Union 3.

Dow’s sulfoxaflor is a neurotoxin that enters the insect bloodstream through the stomach and causes paralysis and death 4. The US Federal Court stated that the Environmental Protection Agency had approved the deadly pesticide without providing substantial evidence of its impact on bee colonies and other pollinating insects, as it is required to do under law and contrary to the evidence that “initial studies showed [insecticides containing sulfoxaflor] were highly toxic to bees.” 5

For further information please also read our Fact Sheets “The worldwide disappearance of the bees” and “The hidden use of Genetically Modified Organisms and their impact on Human Beings, Animals and Nature”.