The Lancet launches a campaign for a tobacco-free world by 2040. As a contrast to the extraordinary growth of the tobacco industry, especially in the Middle East and Africa, the WHO Framework Convention on Tobacco Control (FCTC) presents the case for an ambitious new global tobacco control goal – a world essentially free of tobacco by 2040 and the steps that need to be taken to achieve it.

A three-paper Series by The Lancet marks the 10-year anniversary of the coming into force of the FCTC, and is published to coincide with the 16th World Conference on Tobacco or Health taking place this week in Abu Dhabi, United Arab Emirates (March 17-21). In the first paper, Robert Beaglehole and colleagues present the case for an ambitious new global tobacco control goal – a world essentially free of tobacco by 2040 – and the steps that need to be taken to achieve it. A world where over the next 25 years the sales of tobacco are phased out (although not prohibited), and in which fewer than 5% of adults use tobacco.

The cause of the tobacco pandemic is the 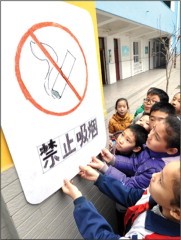 lethal but still lawful tobacco industry –– and its predatory efforts to preserve and grow profits by exploiting markets in middle-income and low-income countries. The industry has huge resources and is undermining and distorting tobacco policy in many countries, although its efforts have been rejected in several high-income settings – for example, plain packaging legislation in Australia followed by Ireland’s legislation this month. The UK Government meanwhile also passed this into law, which will come into effect from next year. The authors call for monitoring, exposing, and addressing the aggressive tactics of tobacco companies. Achieving a tobacco-free world will need concerted and coordinated action at global, national, and regional levels, especially in large countries such as China, where one in three of the world’s smokers lives. The very close relationship between industry and the Chinese Government must be broken if progress is to be upheld. 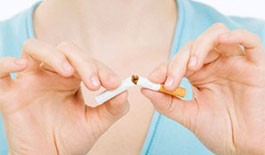 If tobacco control efforts are not intensified and accelerated, the authors estimate there will be 1.1 billion tobacco smokers by 2025. Current global anti-tobacco strategies are failing. The Lancet endorses the Series’ call for a UN high-level Summit on tobacco use to reinvigorate global and national efforts to achieve a tobacco-free world by 2040. The time has come for not only greater WHO leadership, but also leadership from the UN Secretary-General, because tobacco is not just a threat to health, it is also a threat to sustainable human development.

What will it take to create a tobacco-free world? – The Lancet

Experts call for a tobacco-free world by 2040 – Dailymail UK