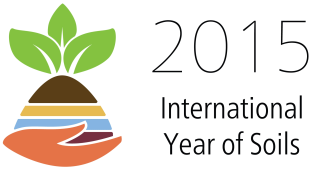 On Friday, December 5th, 2014 on the occasion of the World Soil Day The Food and Agriculture Organization of the United Nations formally launched the “UN International Year of Soils” during the 69th session of the UN General Assembly in New York.

The extraordinary and most important film called “Symphony of the Soil”, which we introduced on October 31st, 2014, at our Scientific World Congress at the Maritim Hotel in Ulm, Germany is an official part of the UN International Year of Soils.

Soil and Natural Agriculture have always been major topics of The World Foundation for Natural Science and will also be one of our main teaching issues during the year of 2015, for soils have been neglected for far too long. People mostly fail to connect soil to food, water, climate, biodiversity and life in general. Healthy soil is a foundation for a healthy life, a healthy planet and healthy people. We are happy to support Lily Films in spreading the unique documentary “Symphony of the Soil” worldwide. Watch here the Trailer of this magnificent film: