“Let Nature be Your Teacher!” 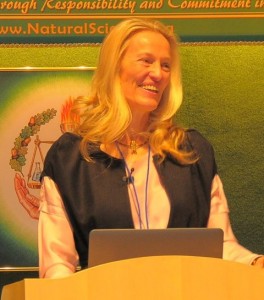 Angelika Lübke Hildebrandt, expert in soil quality, created an understanding that the soil is a living organism that needs to be tended and looked after with care and must not be exploited and raped anymore. What we put into the soil, like artificial fertilizers, pesticides, liquid manure and sewage sludge, eventually lands on our dinner plates and ends up in our bodies. The soil is a self-organising and rejuvenating organism. However, only humus, enriched by various sources, creates order in the ground and allows plants to thrive of the highest quality. The guiding element for this is the micro-organisms in the soil that form the humus. Humus is destroyed by dung, liquid manure, digestate and the like, chemical fertilizers and pesticides, low-quality compost and the untimely treatment of soil. Loss of humus has far-reaching consequences: dust storms, water contamination, desertification, diseases. The individual can contribute to soil recovery and its conservation, by using compost extracts, planting groundcovers, using mulch for soil that has a tendency to dry out, by aerating it and by using copper tools. 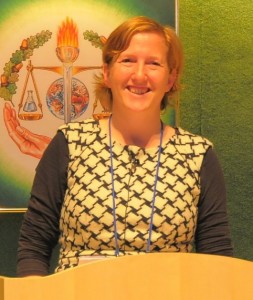 Toni Harmann, British filmmaker of the award-winning film “Microbirth”: the microbiome (the total of all microorganisms residing in and on the human body) is vitally important for the body’s health. A key moment for establishing the biome is (during) a natural birth, when the new-born is “impregnated” with the mother’s bacteria in the birth canal. If a natural birth is not possible, several measures can be taken to support the microbiome; a healthy diet, exercise and a little dirt (pets!) are part of it. Nature works with chaos as well as order and nature knows what is needed and when.

Both presentations clearly showed the relation and the great significance of microorganisms in the soil as well as the human body. 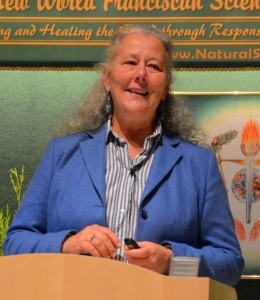 Her long-standing experience with animals in homeopathy and naturopathy has made Mrs Dr vet. Nicole Herout a pioneer of a new veterinary medicine that shows a way out of the cul-de-sac where conventional medicine has become fully dependent upon the pharmaceutical industry. Solution approach: human medicine, veterinary medicine and agricultural research have to work together. Antibiotics can do a long-term damage to the gut flora, chemotherapy and radiation therapy destroy up to 90% of flora, often irrevocably! The regeneration of gut flora takes at least 6 months and probiotics are completely useless for this because the gut does not accept foreign bacteria. Children under 14 should not take any antibiotics! 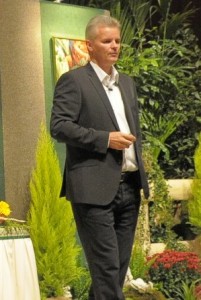 Daniel Trappitsch, of Netzwerk Impfentscheid, spoke on the problem of vaccinations and considers hygiene, diet and social systems as primary reasons for the decline of childhood diseases. The propagated theory of “herd immunity” for the elimination of diseases has never been proved. However, it is well known that 75% of the vaccinated population excrete pathogens and represent a danger for others. Each vaccine contains 80-100 additives (e.g. aluminium) most of which are not declared. The question: Are vaccines necessary, safe and effective must collectively be answered with “no”. Nevertheless: Vaccinations are always a decision for the individual.

Dr Karl Cox, PhD and Lukas Waldmann, Naturopath presented “Genetic Engineering- hidden killer of our health and the entire life quality”. It was shown that the process of creating a genetically modified food is entirely unnatural and results in toxic foods. The effect of genetically engineered crops of soil inhabitants and microorganisms found a significant reduction in their number and function, thus producing crops containing significantly less nutrients but with toxic substances such as 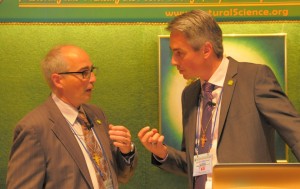 formaldehyde and traces of pesticides such as glyphosate (rated ‘probably carcinogenic’ by The World Health Organisation). Genetically modified food cannot solve world hunger. The main risk from consumption of genetically modified substances is the so—called “permeable intestine”. This leads to diseases of the endocrine system (thyroid gland), the brain (Alzheimer’s disease, MS, Parkinson’s disease) and the joints. In order to cleanse and restore the intestines, the microbiome has to be restored first. Useful for that are, for example, fermented products(raw milk products, vegetables), coconut products, germinated seeds (Chia seed, flee seed, flaxseed, hempseed), and bouillon (bone broth). 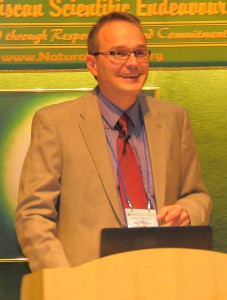 Marcel Hoffmann, MSEE/ Diploma of Electrical Engineering on the problematic issue of technical man-made microwave radiation: Already in the 1940s the bio-electrical field in animals and plants had been proven. Thus it is clear that any radiation will affect the body in some way. Even man uses a control system of direct current that regulates the nervous system. Each organ has uniquely measurable frequency(vibration); all organs vibrate at a different rate. Cells can be programmed through the information they are exposed to in their environment. Like the bees, the human brain contains a huge number of magnetites, which means that outer magnetic fields (as created through technical radiation) directly affect our brain. Protection from technical radiation means: avoidance of, turning off, distancing from Wi-Fi, high-voltage power lines, transformer stations, mobile phone antennas and so on, strengthening the body. 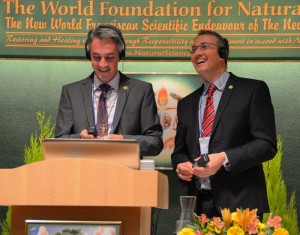 Teeth as mirror for our health: Dr Zac Cox, dentist, and Lukas Waldmann, naturopath, illustrated how important the right diet is for our teeth as well as our health. Any chronic inflammation has an effect on our entire body. Tooth decay is caused by the inner milieu (of the cavity) and not by bacteria. Tooth decay has to do with: white sugar, white flour, stress ( fear!), lack of magnesium, zinc, copper or as well an imbalance of water and salt. Fluorides are accumulative toxins. The 2012 -study by the WHO shows that there is no difference between tooth decay in countries with fluoridated drinking water and those countries which do not add fluoride to their drinking water. 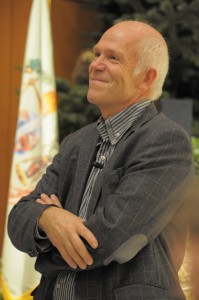 Prof. Dr. Ton Baars, research Institute of Organic Agriculture, showed in his highly interesting lecture on milk why more and more people suffer from a lactose intolerance and that livestock have deteriorated into becoming just (productivity) machines. UHT-milk and pasteurized milk long ago had all but replaced raw milk, most unfortunately, because raw milk protects you from allergies, asthma, hayfever and middle ear infection. It has a preventive impact and can cure existing ailments. There is no reason to drink skimmed milk and certainly not for reasons of weight, for obesity has primarily to do with an imbalanced relationship of diet and physical activity.

The findings, presented by all lecturers with expertise and enthusiasm, clearly showed how well and meaningfully nature is organized and how significant even its tiniest element are. The common thread running through the entire Congress was the importance of microorganisms. If man destroys or interferes with these microorganisms for reasons of greed and ignorance, this will have far-reaching consequences for all life. Nevertheless, the speakers were also capable of clearly demonstrating that there are solutions for all our current problems – and often just a glance at nature enough to give us the answer.

Further information on our speakers can be found here.

What our participants say

Thank your very much for the great spirit at the WFNS Congress! It was a big privilege to be there and I experienced a new outlook of life. After the Congress we changed our pets diet and gave them wet instead of dry food as Dr. med. vet. Nicole Herout told us at her lecture. Our cats seem to be much happier now. So thank you again for the entire information that we all received during the Congress.Gintas Stankevicius, Great Britain

Thank you very much for this great Congress. I was very impressed by the fact that all speakers with their different topics were touching upon the same central issue. You have given to me a different outlook and I know now that it is up to each one of us and that it is not too late to commit oneself to effect a positive change in this world.Ruth Widmer, Switzerland

The presentations were fantastic. They dealt with subjects in depth that I have been interested and thought about for years. Especially impressive for me was the amazing openness and worldwide participation–especially of young people, too. This gives me hope for the future. What really touched my heart immediately was the exquisite and lovely decoration and set up of the Congress hall.Hiltrud from Ulm, 80 years